Today we’re going to have a look at a custom handmade Belgian product namely, the Sumo Gear Combat Belt.

But before we dig into this subject, make sure to subscribe to our blog page by filling in the form on your right. Also don’t forget to share our blogpost by using the share buttons on your left. If you’re looking for quality tactical products of your own, make sure to visit shop.reconbrothers.com. As an example, you can purchase this belt on our shop as well. 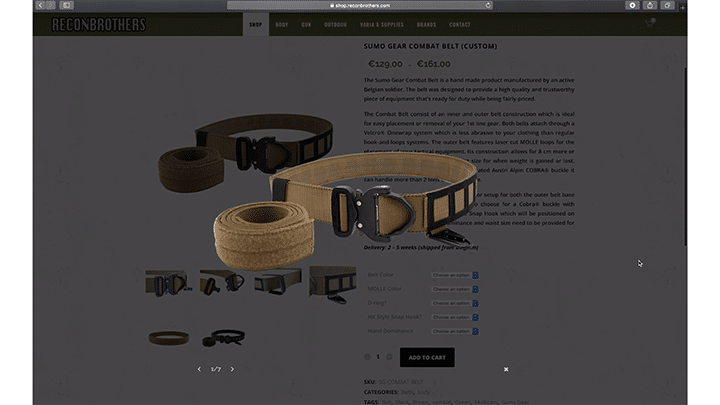 To start off with: “How did this product came to be?”. Well, the man behind this brand is a Belgian soldier and both him and his colleagues faced the issue of getting a proper belt for their service in the EU at a fair price. This is hard, because there are only a few brands here in the EU. And otherwise you have to import them from abroad which makes everything only more expensive.

So facing that, this guy decided to do it better and started creating belts of his own. This with only the best materials in mind, while keeping the price fair for our Belgian servicemen. Since this is a starting company here in Belgium and we have a big respect for our servicemen and since we believe in the products this guy is creating, we as Reconbrothers like to support him in anyway we can.

Why the name Sumo Gear?

The name comes from the fact that one day he decided to put one of his belts under the test. For this it was put under a pulling force test and withstood more than 2 tons of force. As a matter of fact, the machine they used couldn’t reach any further and due to this test people started joking it could even withstand a sumo wrestler and that’s where the name originated from. 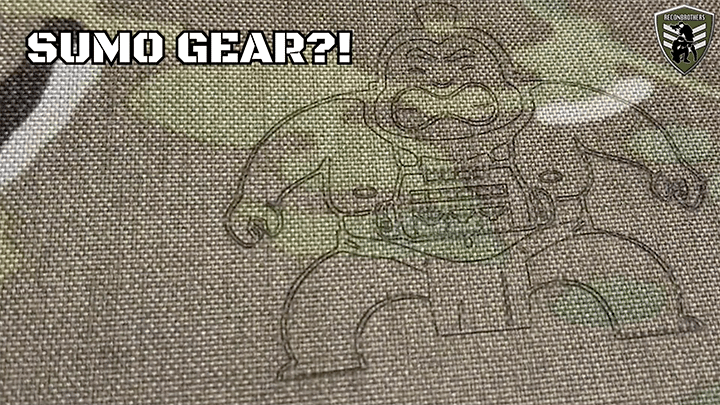 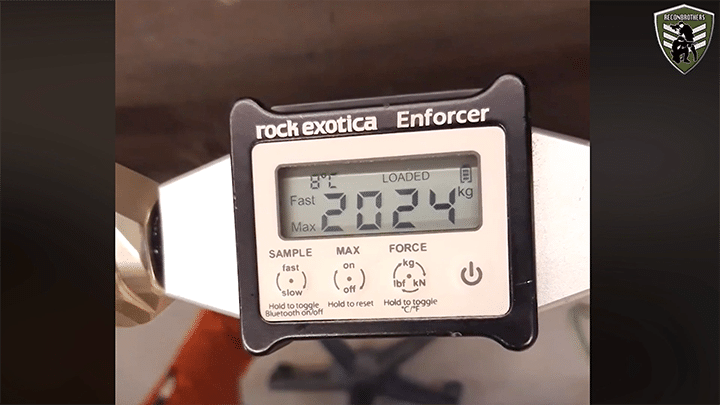 That all being said, let’s have a look at the build of this combat belt.

First thing to know is that this belt consists of an inner and outer belt construction. We’ve personally used all different sort of belt systems in the past and in our experience this is the absolute best option to go for these days.

This is because one; it allows easy placement and removal of your entire 1st line gear and 2; it keeps in position when doing all sorts of movements.

That mentioned, let’s have a look at the most simple one of these two belts, the inner belt. 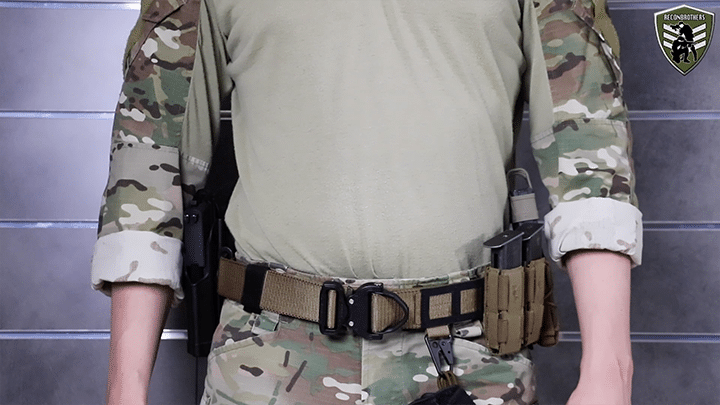 The inner belt is made from a double layer of polyamide webbing which does not stretch when wet. As said before, the maker only uses the best products and therefor the hook-and-loops used on the inner-belt is from the Velcro® brand, so no cheap alternatives. For the guys wondering, yes the inner belt is included in your purchase.

Now, let’s go over to what it’s really all about, the outer belt. 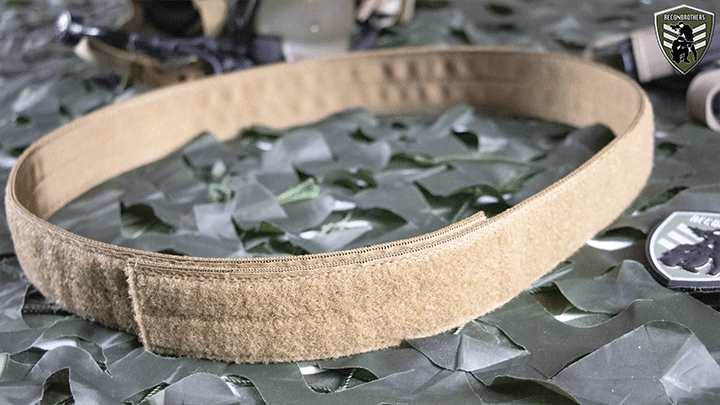 To start off with, the base of the outer belt is made from a double layer of Mil-Spec webbing for the solid colors which is called MIL-W-4088 type 13. For the Multicam variants it’s ensured that the quality is equal. Anyway, this results in the base webbing having a breaking strength of around 3,5 tons. 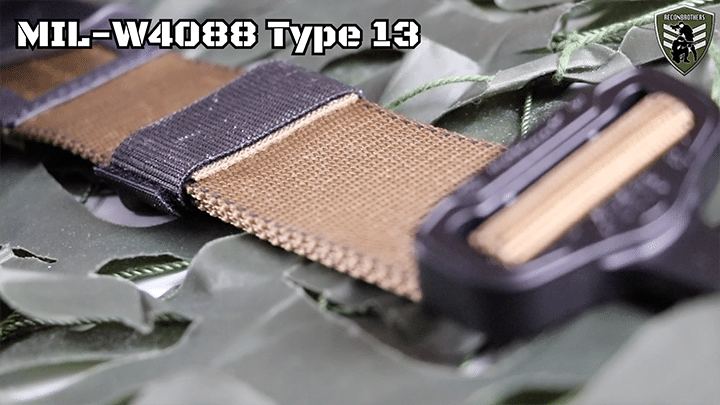 Above that, also a 1.5 mm piece of High Density Poly-Ethylene (HDPE) is sandwiched between the layers which makes the combat belt stiffer length wise. This ensures you can’t bent the belt its width and this is especially important for when you’re mounting heavy loads.

Also, High Density Poly-Ethylene is not subjected to loss of performance in cold or hot temperatures and it will not crack when bent or sewn through and that’s why the maker chose to implement that material into the belt as well.

Furthermore, the inside of the belt uses an injection molded Velcro® Onewrap hook which holds really well with the inner belt. 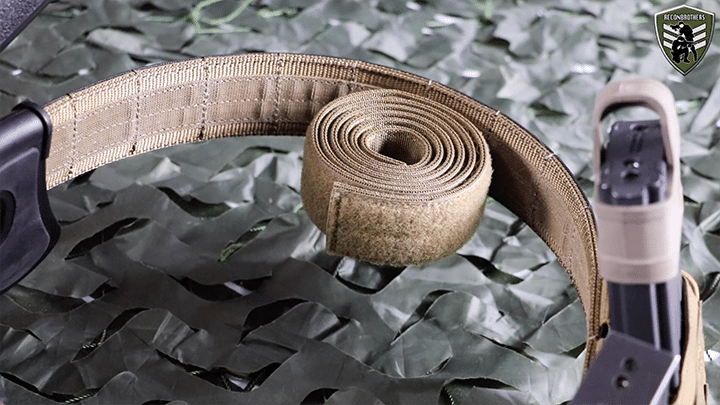 The good thing about this Velcro® is that it’s less aggressive and abrasive on clothing. This makes it ideal for situations when you’re just carrying the outer belt over your clothing and don’t require usage of the inner belt. Also this is well thought-out in our opinion, because regular Velcro® and other hook-and-loops systems cause harm on even the best tactical fabrics. 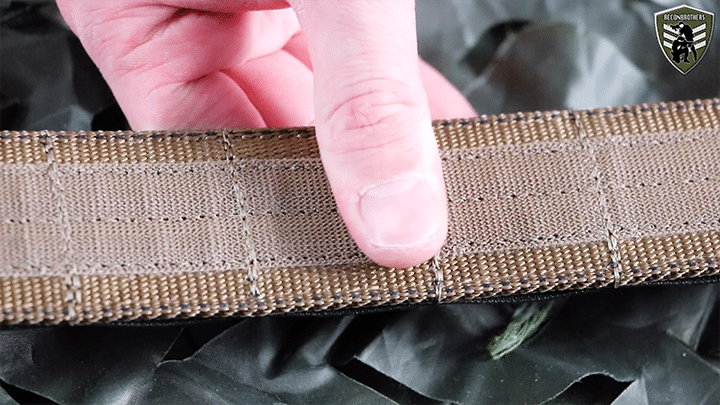 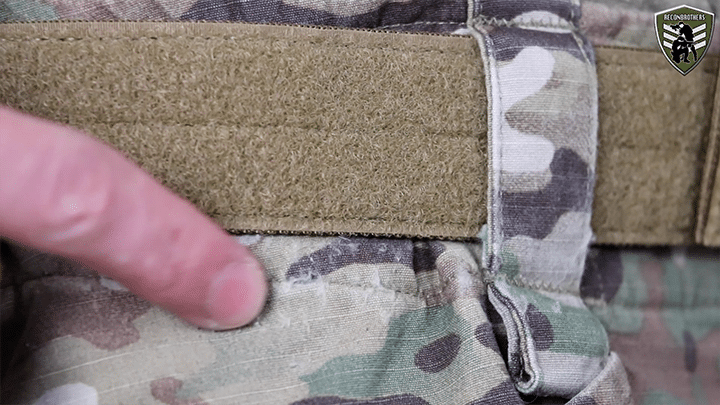 Next we have the MOLLE part of the belt. This MOLLE is made from a very durable Cordura® laminate which is created by glueing 2 layers of Cordura® fabric together under pressure. Once this is laser-cut it gives a very strong and lightweight fabric with a very minimalistic profile.

The edges of this MOLLE are also seared closed and will not fray over time. Also, once you attach pouches on the belt you can immediately notice how well-secured they are. 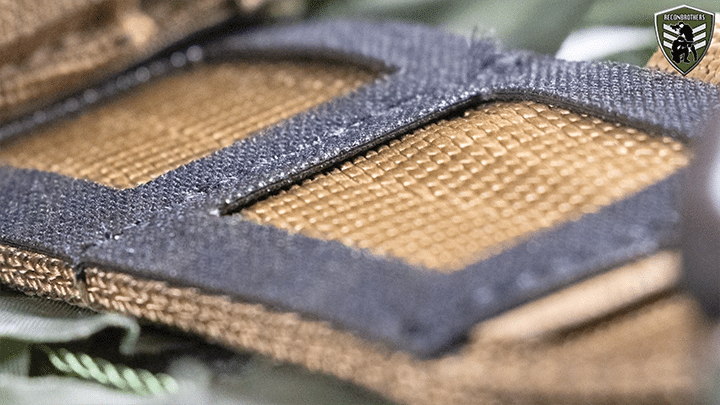 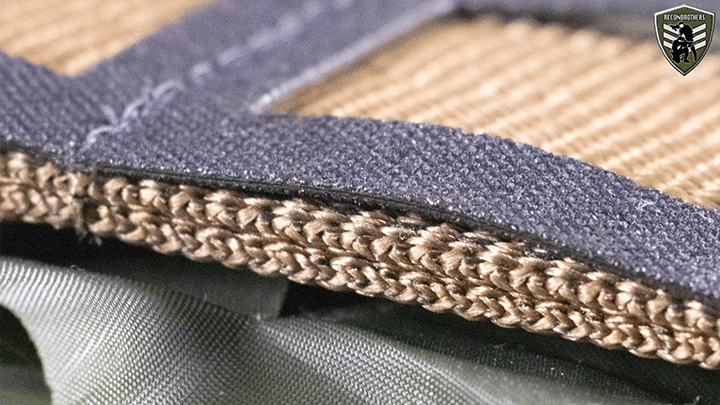 Furthermore there’s stitching and to put it in short terms: the guy behind Sumo Gear is not lazy when it comes to this. He stitches his belt 5 times over the entire length and every other stress point is stitched 3 times.

This is all done using #69 bonded thread from A&E®. This thread has excellent properties like resistance to UV-light, rot, and mildew which makes it perfect for the purpose of this belt. 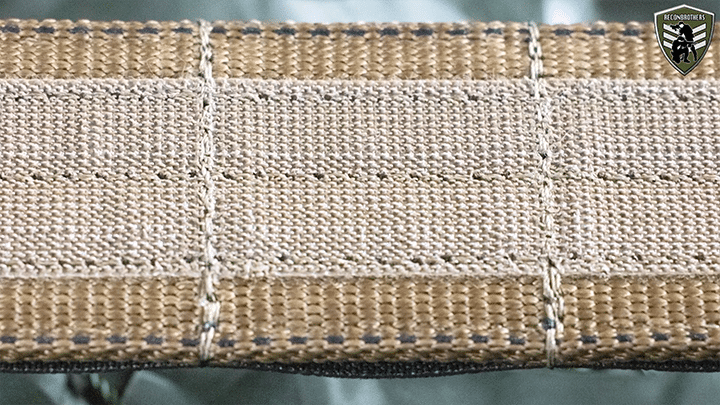 Last but certainly not least, is the buckle. Here the Combat Belt is featured with an anodized matte black Austri Alpin COBRA® buckle which is ANSI rated (ANSI Z359.12-2009) for the highest safety standard. Why the matte black anodized version? Well, it doesn’t have paint that can chip off over time. 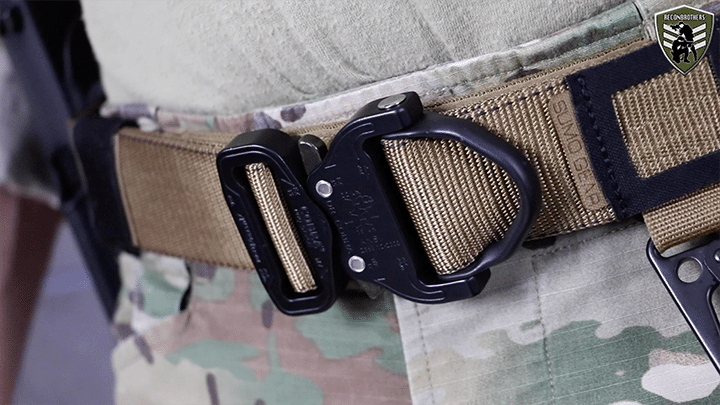 With this buckle, one-side opening is not possible even under load. And it’s very easy in use, even with gloves, thanks to its bigger sized clips. 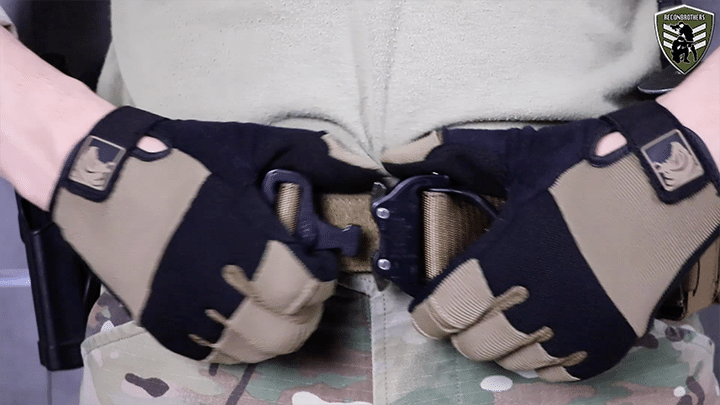 We’ve covered the build of the belt, but possibly it’s most interesting feature is yet to come. Because although it is a custom made belt for your personal sizing, it is also size adjustable.

For this the belt is provided to be 8 centimeters longer or shorter for when you gain or lose weight. This adjustment system is placed on the dominant side and locks with a Velcro® loop. This way it stays very well in place. 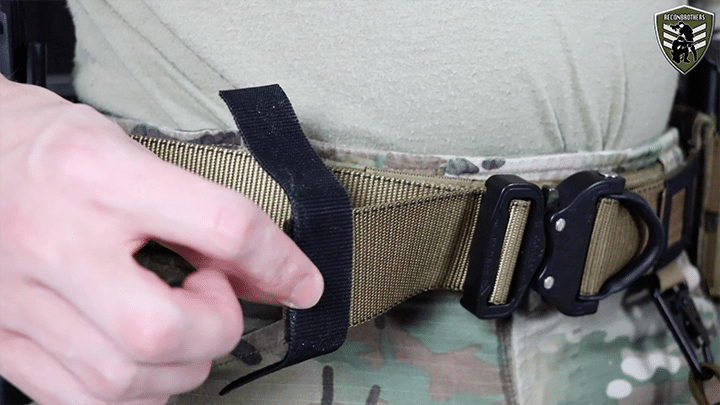 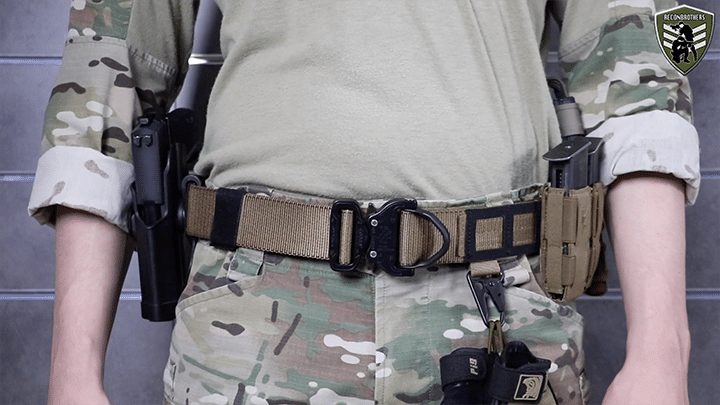 In overall everything together gives the Sumo Gear Combat Belt a very modern low-profile look while being lightweight and very multifunctional for tactical purposes.

Above everything we covered we said this is a custom handmade belt. But this is not only limited to your personal sizing. So let’s have a look into the customization options.

Customization of your Sumo Gear Combat Belt gives you a few options. One is the color or color combination of the belt. Here you can choose the color of both the belt its base and the laser cut MOLLE.

The available colors for these are Coyote Brown, Ranger Green, Black, Multicam Original and Multicam Black. 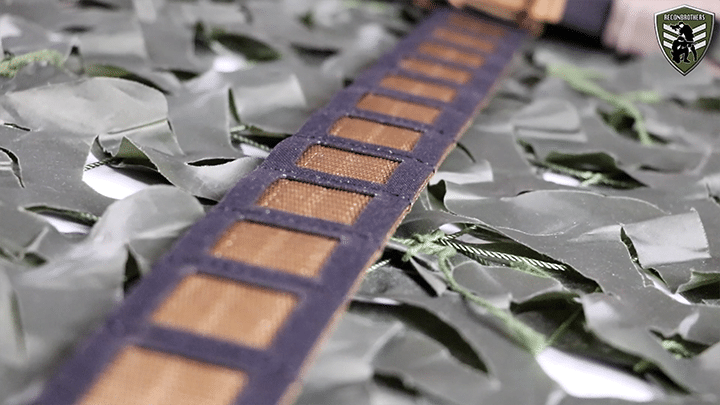 The second option includes the implementation of a D-ring on the COBRA® buckle for personal securing abilities in for example a helicopter. 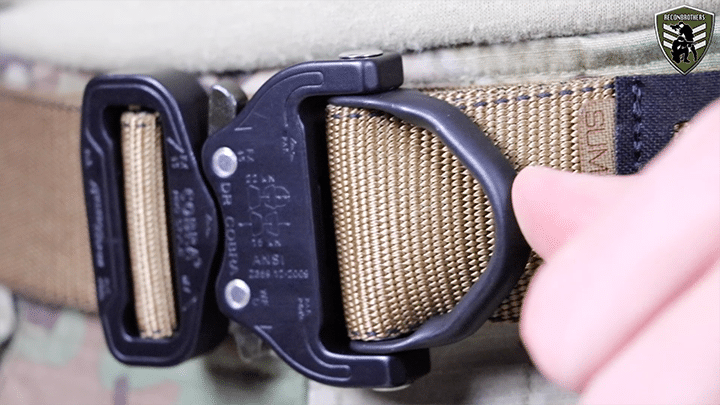 And the third option you get is to have an implemented HK-Style Snap Hook for easy carrying of your gloves or ChemLights for example. This hook is always constructed on the non-dominant side of the user. 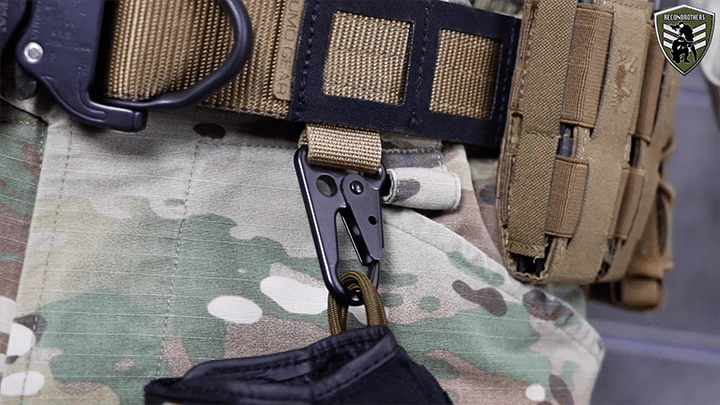 Now, all together this gives you 100 different possible belt configurations. And to show you an example, our personal combat belts are the full option ones both with two tone coloring. Whereas my Instinct’s belt has a Coyote Brown base with Black MOLLE and Viper’s one is with Ranger Green and Black MOLLE. 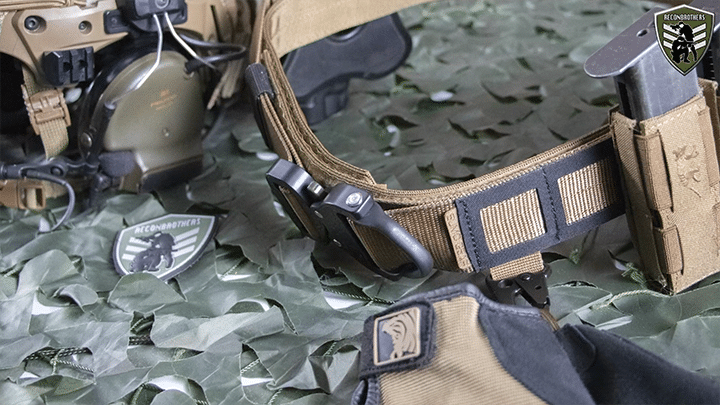 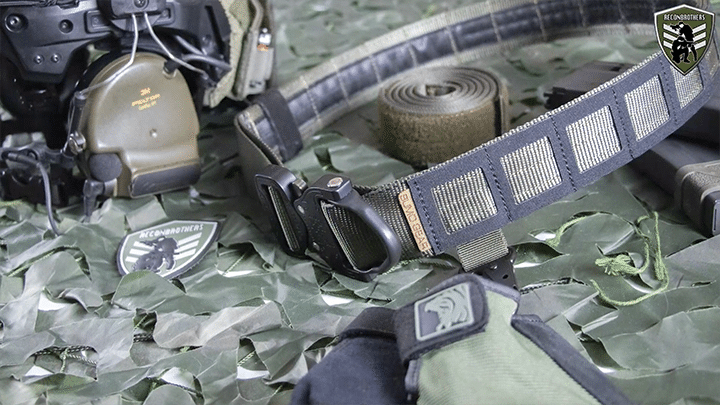 All by all, we don’t think there are lots of other brands out there that allow this amount of customization choices while delivering such a well thought-out and refined product. And there will certainly be almost none that do it for such a fair price.

We personally are very happy with our Sumo Gear Combat Belts and we are honored to help our Belgian servicemen by providing this product to you guys out there.

If you want to purchase the Sumo Gear Combat Belt, have a look at our online store shop.reconbrothers.com. Make sure to like, subscribe and share this blog if it was useful. Thanks for watching and we’ll see you next week. 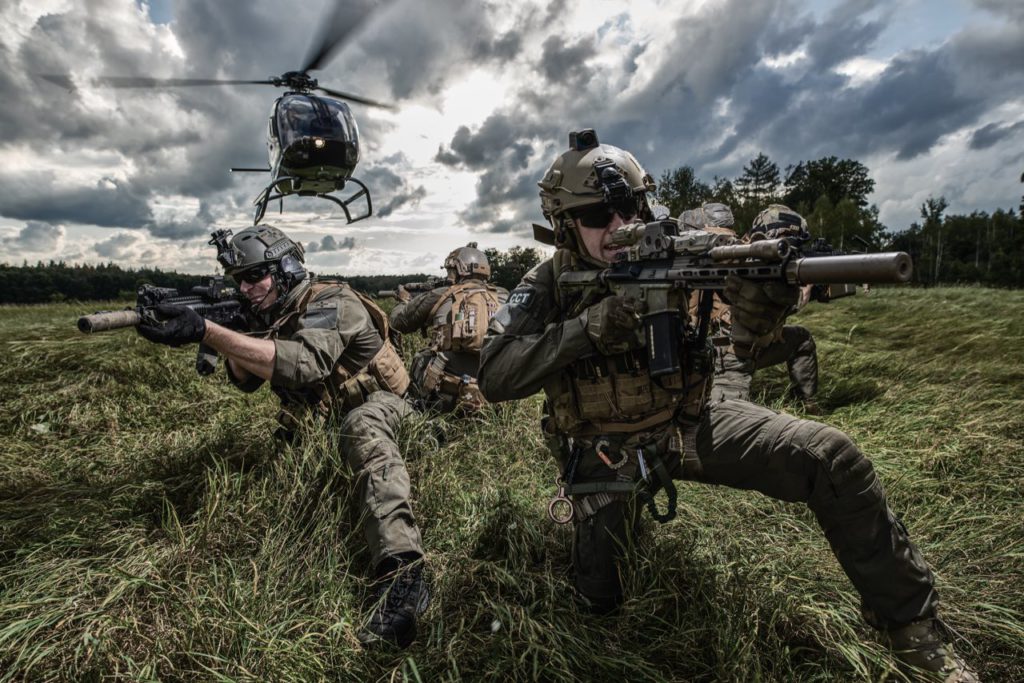 Check out our New Giveaway!